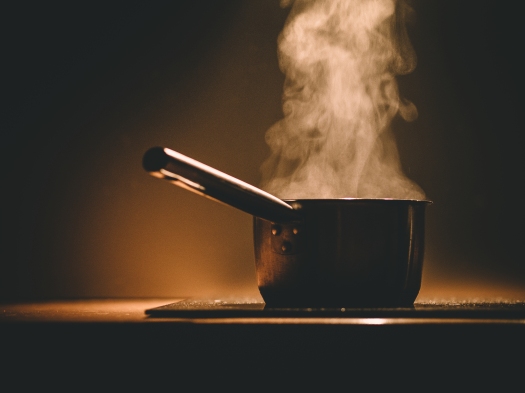 So, I have a confession to make. I have a terrible time reading fiction. Its just awful. Not the fiction. Me. I just can’t seem to do it. I have recently published a few articles in an online magazine and was asked to submit a couple of sentences for my bio. I am embarrassed to admit this but at the time I was asked I had just checked out two novels from our local library where I had forced myself to avoid any stack but the adult fiction section. So when I wrote my bio, in an effort to will myself into fiction glory I wrote that “I love an engaging novel.” GASP! Lies. This is all lies! Alas, I have renewed these books so many times that even the library basically said through their online portal the other day: “Give it up already. Other people will actually enjoy this one. We need it back.”

I’m still not willing to give up on the genre. I’m counting it a win that I got through half of this recent one. I’m also proud to say that there are a few outliers like Go Set a Watchman and The Signature of all Things that I actually enjoyed (Although, can anybody forgive Atticus Finch?! Ugh, NO, WE CANNOT. I am full of despair.) But clearly, I digress. In the end I’m a memoir/spiritual non fiction gal at heart. A spiritual memoir makes my heart go positively pitter patter.

All this to say that recently while successfully avoiding the mystery that I had promised myself to read cover to cover I ran to the library again to pick up a book I had encountered titled: Culture Making: Recovering our Creative Calling. The book is written to a Christian audience and is a treatise on our call to create culture. The book was kind of “heady” and so unless you’re game for a more textbook like read you may find it more laborious then you’re up for. Even for all my interest in these things I was tempted to put it down in parts until I came across an illustration the author used that I cannot get out of my head.

Crouch talked about life in his family and the culture he and his wife are creating in their home. On Tuesdays, its Crouch family chili night. Andy grabs beef and onions, tomatoes and peppers. After some fine chopping, dicing and sauteing its not long before the smells of chili envelop their house and dinner is served. The only problem with chili night at the Crouch home, he shares, is that he has a couple of picky eaters at his table. One child doesn’t like green peppers. Another hates onions. Yet its a cultural value at the Crouch house that you eat whats put in front of you. There will be no alternative meals made on the side for a picky child in this family. (Or in the Beck family for that matter. Eliana, my sweet. You will politely take note of this.)

The author made an interesting point though. What if one day, 10 years from now at the age of 15 or 16, one of the kids comes home and says he’s had enough of Tuesday chili night. Sure, he could devise a lengthy treatise on the health benefits of chicken nuggets and suggest the family change course on Tuesday nights. Mr. and Mrs. Crouch love chili though and the comfort that those smells and tastes bring to them on a given Tuesday night might not easily sway them. After the treatise fails, Crouch Jr. could continue to complain each Tuesday night and hope that enough whining will cause a change in their Tuesday night dinner plans. This won’t work either though because Andy and his wife are also committed to raising respectful children. Its likely that this method will end up with a hungry Crouch child in a bedroom with the door shut while the parents eat their food in peace.

You know what would probably work though? What if Crouch the younger, now old enough to drive and hold a knife without killing himself asked his dad for the car keys one night. Baby Crouch heads to Kroger and maybe he picks up chicken and breadcrumbs. He grabs some pasta and tomato sauce and whips up a glorious Chicken Parm Casserole that he found courtesy of Yummly or some other recipe website. The author drives home the point here. After a long day of work, if his teenage son uses his energy to actively turn Chili night into Crouch family Chicken Parm night, he’s betting it might actually have some sticking power. After all, what father isn’t going to take his son up on a rare opportunity to kick his feet up and rest after a long day at work while his son makes dinner. Sure, this isn’t going to change chili night the world over. There are some families that will still eat chili on Tuesdays. But for the Crouch family, Chicken Parm night might start to take root and actual change in one particular culture – the Crouch family Culture – could start to change.

I hate to make a dent in book sales but for those of you who don’t want to read the book in its entirety, here’s the main point: You don’t change a culture by endlessly critiquing or condemning it. You change a culture by rolling up your sleeves and making it.

Its a subtle truth right? If we really sit down and think about it, this makes total sense. Who hasn’t been told that if you don’t like the way somethings going, you do it yourself. But in a social media age I fear its become all too easy to sit back and yell about “culture” going to hell in a hand basket (never mind that the word “culture” here as we use it is really rather ambiguous. What does “the culture” even really mean?) without realizing that we can all have a hand in making it different than it is. And, might I add, without realizing that by sitting back and yelling on social media we’re making a culture that says we should all sit back and yell on social media as opposed to doing something more helpful. Like making a Chicken Parm casserole for dinner for family and friends.

So what do we do now?

But as I’m writing this I have this stupid grin on my face because I know down to my toes that this is how you create change. So I think there may be more posts about this topic in the future. This topic of culture making, to be precise. Stay tuned! I’ll be back with more. Right now I gotta figure out how you actually make Chicken Parm Casserole. That sounds delicious!

2 Replies to “How to Change a Culture”