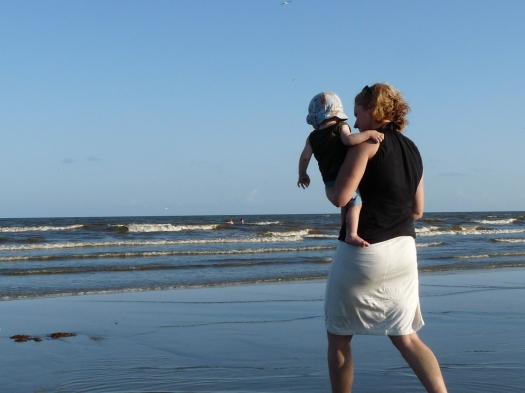 A few years ago while we lived in Texas a man showed up to our church and announced that he was starting a recovery ministry. A successful businessman, he admitted to our community that he had a history of hard drug and alcohol abuse and after years of letting it lead his life he decided to quit for good. He was successful with the help of Celebrate Recovery (CR), a Christ based 12 step program that brings people together to admit their issues and help each other stay on track.

I had heard about this movement in various circles and was immediately excited to tell everybody I knew to sign up and get moving towards healing. After all, I knew that if Jesus was about anything he was about the healing and restoration of broken people. I also knew that CR was established for anyone with a “hurt, habit or hang up” of any kind and therefore anyone could attend. For whatever reason though I couldn’t see that I was likely the primary person in my midst who needed healing.

The first cohort of people went through their steps and I heard great things about its kick off year. I also started to realize that I was more of a mess than I gave myself credit for. I had read all the books and sought counsel from any number of wise folk and still felt like I was locked in my own personal mental prison. My schedule opened up right about the time that a second group got started in the program and I decided to join them.

I could write several articles on what I learned at CR. I think the most critical thing I gleaned was several months into the program when we had all but finished reviewing and applying each of the recovery steps to our own lives through weekly workbook activities. On this particular Wednesday we got together and before meeting in our smaller work groups we recited each of the 12 steps out loud together as one large group in the same way we did every week. The room was filled with addicts of all kinds: perfectionists, substance abusers, alcoholics, anxious folk, depressed folk, attractive people, not so attractive people, doctors, scientists, the unemployed and the almost if not already homeless. Together we recited the twelve steps out loud as we did every night along with an accompanying bible verse starting with the first:

“Step 1: We admitted we were powerless over our addictions and compulsive behaviors, that our lives had become unmanageable.

‘For I know that nothing good lives in me, that is, in my sinful nature. I have the desire to do what is good, but I cannot carry it out. Romans 7:18’ “

This is the very first step that is ever addressed at a Celebrate Recovery program. For whatever reason the depth of my internal brokenness had never truly sunk in until many months after I had first heard it. Yet when I finally truly understood it on this particular night I all but laughed out loud. Its was almost as though I understood the true depths of the gospel for the very first time.

Not long after that night I had a dream that I’ll not soon forget. In the dream I was friends with a character from Gray’s Anatomy (Thank you, Netflix). She was in one of the early seasons. To be honest, I can’t remember her name but I do recall that in the show, she was supposed to be the best heart surgeon in her field. She was never without the right answer or the right diagnosis that would save a patient’s life right before the episode was over.

In my dream, she was my friend and I kept trying to invite her to live at my house. I knew something about her that she refused to acknowledge publicly…every night, after work, she would leave the hospital after her shift was over and spend the night attempting to sleep in an old, rusted out car. Here she was, this world renowned surgeon who one would assume could afford to live where ever she wanted. Yet she chose each night to sleep in a beat up vehicle with no windows. I remember she smelled terrible and needed a shower and a warm meal but she kept putting me off. She would only spend time with me for a little while until heading out into a driving rain for some fitful sleep on the street.

I knew when I woke up that God was trying to tell me something…He was kindly suggesting that I was the surgeon. I’d been keeping up appearances and for all intents and purposes I continued to excel on the outside both at work and at home. Inside though, my soul was fitfully attempting to sleep on the street in a beat up old car instead of taking His offer to come inside to a warm bed and a hot meal with a truly compassionate friend.

If I’m honest, I think I still spend most days attempting to keep up appearances. As with any addiction or ingrained habit, its rare to go from sleeping on the streets to well adjusted and at home in your own skin overnight. Oftentimes it still feels too vulnerable to admit that I’m really most like a surgeon who sleeps in her car at night when no one else is looking. But I would venture to suggest that my best moments in the past couple of years have been when I honestly admitted that I’ve been searching the streets for days on end, looking for cover from the wind and the rain. At some point, utterly exhausted from fear that my heart will never find shelter I’ll usually have a moment of clarity and I’ll look up from the ground. At that moment…its rarely failed…the wind and the rain slow down and I notice right in front of me a house on the block where I’m standing with its lights still on. I walk up the steps and turn the knob and find a clean towel and a fresh bar of soap for my tired aching muscles. I clean myself up and put on a robe and sit down to a meal that was prepared just for me.

In this moment, just after thinking I was lost for good, its suddenly so clear that what happens next doesn’t really matter much anymore.

3 Replies to “Whatever is True: We are Broken.”